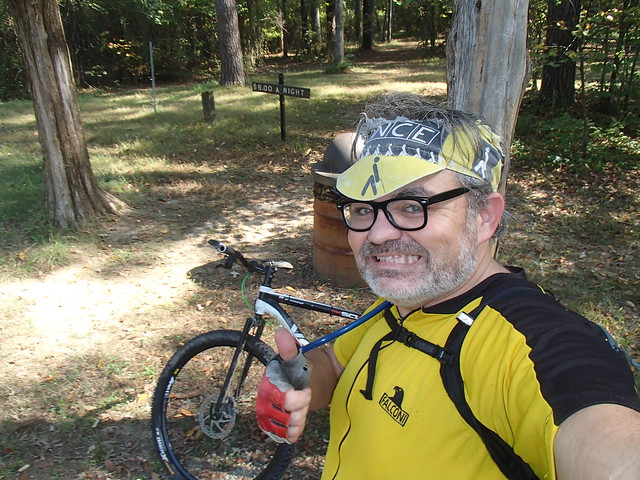 What a weekend for riding, just like the old days where we’d put in a killer mountain bike ride on Saturday and follow it up with another killer ride Sunday.  Only thing that could make it more like the old days is if we could get Eli out of retirement and back in the saddle.

The “fun” started Saturday I convinced Joe and Drew to drive out to Glen Dixon for what is easily the best mountain biking in Southern Illinois.  Now when I say best you have to understand I don’t mean it’s the most scenic or most challenging, I just mean it’s the best place to go ride your mountain bike.  We got 17 miles and only had to get off our a bikes a few times.  If we were riding the trails around, say, Petticoat Junction, we’d be pushing through giant mud holes every 100 feet. 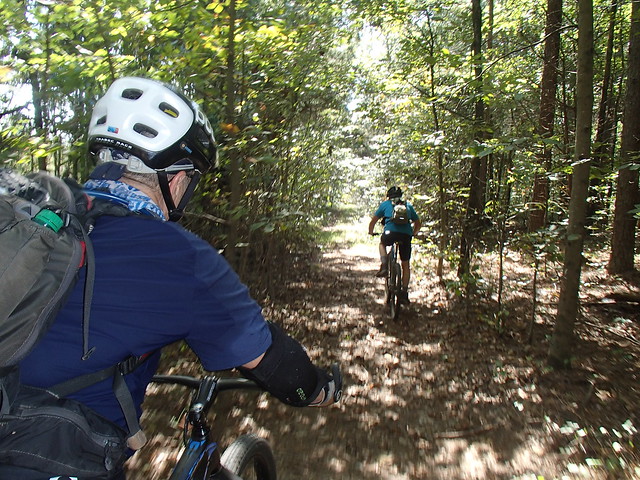 I had planned around a 12-13 mile loop but we had some much fun riding “RED DOG” that we did it both ways and then did a loop around the lake.  It was hot, and while we weren’t riding that fast we almost never stopped.  At the end I was drained and ready for a nap. 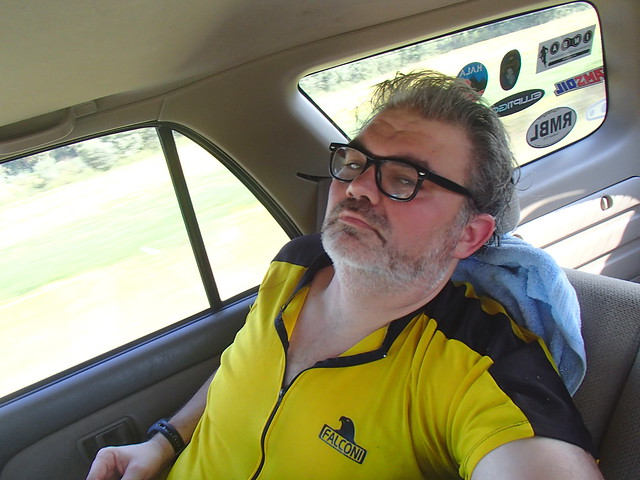 Today Joe, Ryan and I went to Evansville for the Great Pumpkin Metric, one of my favorite area rides.  The Evansville bike club always puts on a great ride this year was no different.  Roads are clearly marked, the sag stops are well stocked, the volunteers are friendly, the route is great. 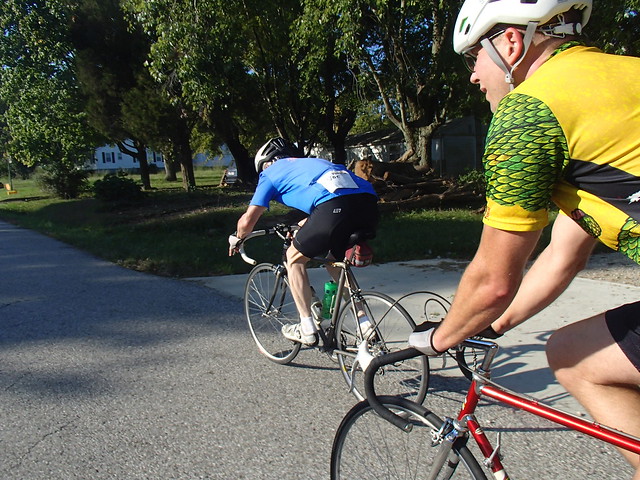 I rode this last in 2016, the first year I taught at Mt. Vernon and consequently I had nearly quit riding for the two previous months.  I struggled to even finish the ride that year and I wanted to return with a stronger performance this year.  I found myself in the front group and I could tell I wasn’t going to stay there long.  8 miles in on the first actual hill I knew I had to slow down.  Luckily I was able to recover enough to ride with Ryan and Joe the rest of the way. 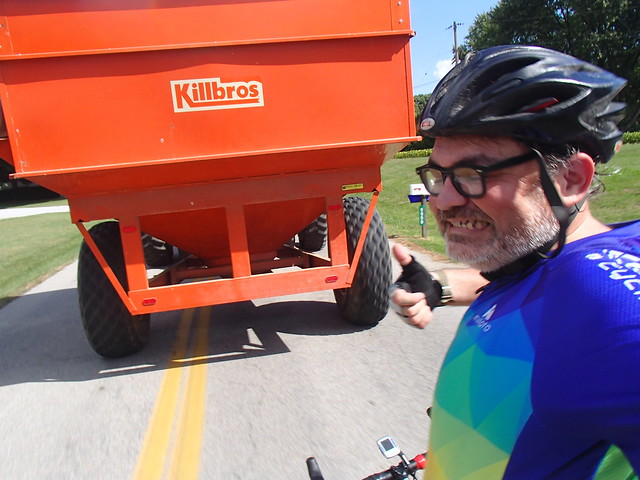 One short funny story from the ride.  We encountered a strong rider a few miles before Burdette Park, and the biggest hill on the ride.  This guy didn’t seem happy unless he was in front and pulled about 8 of us along at 21 mph before we hit the climb.  As you might expect he was dropped on the climb. Near the top a guy was dressed as the grim reaper and I thought it was funny I got out my camera for a picture as I rode by, which was hard since I was gasping for air.  The dropped guy struggled up behind me and said, “I’m from Colorado! This hill is nothing!”  He was struggling to get words out between breaths and fighting to catch back up.  “You should try doing that for 18 miles,” he continued to gasp.  “I climbed Pikes Peak the other day, this hill means nothing.” 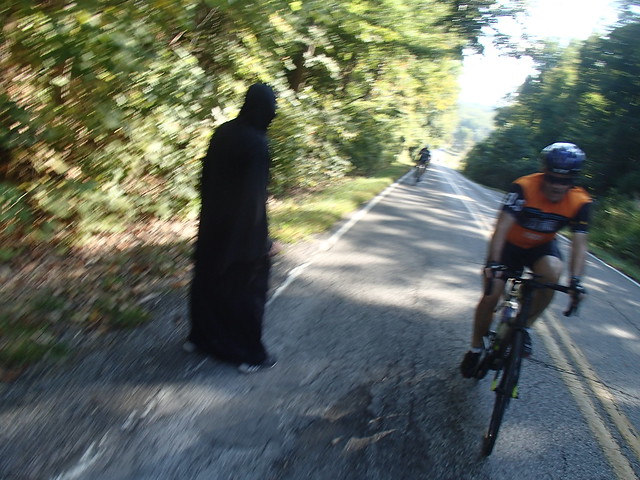 The ride was fun, and after I recovered from the first 30 minutes I felt OK, but never great.  I remember being in good shape and doing a ride like this faster and feeling like I could go again at the end.  Well there’s always next year.