Tour of the Ozarks Part 4

This was only a 60 mile day but it felt like the hardest day of the tour to me.  The temperature and humidity were high and I felt very fatigued.  This day the route was actually very interesting, taking us away from the interstate on some very old stretches of route 66 by a place known as The Devil’s Elbow.  Later we did an extended stretch on route P which which was very forested and a really great road for riding. 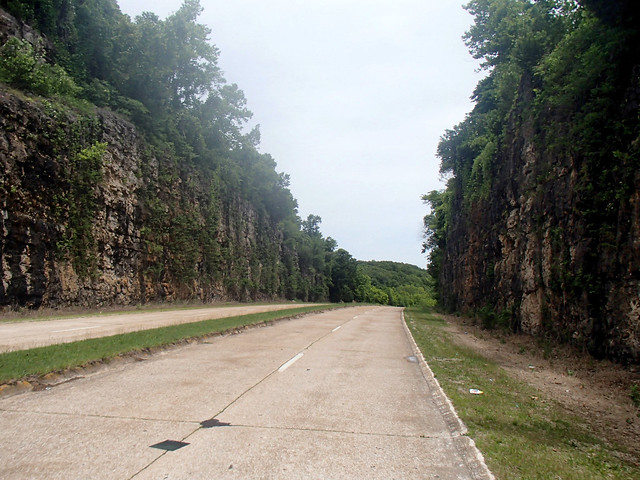 We arrived in the tiny town of Newburg in the hottest part of the day and our water was running low.  The only establishment open in this town was a bar, it was the classic laid back country bar with George Jones playing on the Jukebox and a group of older guys hanging out.  They gave us some water and we bought sodas.

I had done some research and found Meremac Springs Park, a privately owned trout spring and campground.  This was a far more pleasant place to camp as the trout fishers were far more relaxed than the river floaters. 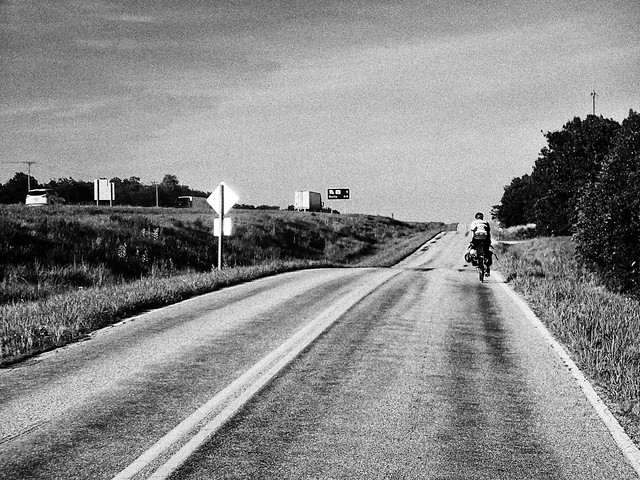 The 5th and final day made me think someone was watching out for us.  We had 77 miles to go, but the heat broke and the high today was 80, a strong easterly wind pushed us to Farmington and my car.  This would have been a very fun day if it hadn’t been for the nagging saddle sore that I had developed.  I found find a comfortable place on the saddle but it required a little work. 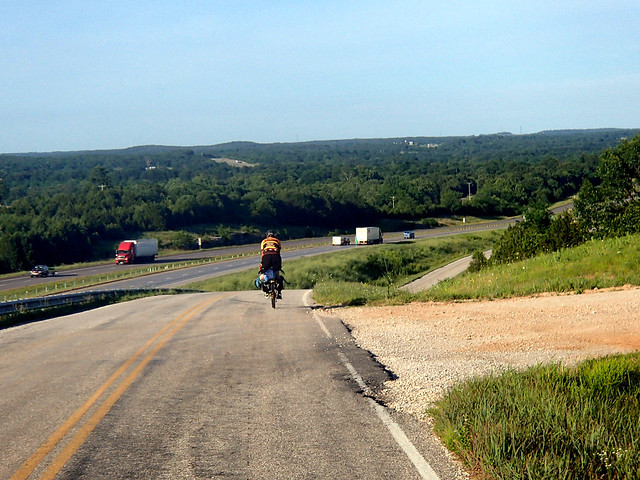 This was the first day we went off the official route and took State Highway 8 nearly all the way back to Farmington.  I got a headstart on Ryan by at least half an hour.  I was on my bike and riding at 7:45, not really that early but it was the earliest that I set out on this trip.  Ryan still managed to catch me about 25 miles into ride proving how much faster he was moving than me. 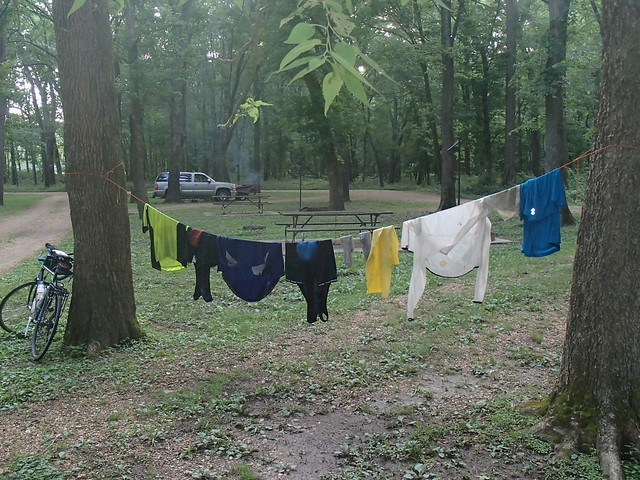 This road was perfect for cycling, traffic was light and the hills were far easier than they had been to the South.  Nothing really happened on this day until we passed through Park Hills and met another rider.  He passed us going the other way and then shortly turned and caught back up with me.  The guy had a fascinating jersey on about Area 51 and aliens.  He was eager to talk and asked questions about our tour.  Then he offered to show us the best way back to the Airport so we could avoid more hills and bad traffic.  I was happy for his help.  He explained he was training up for a century ride that would be the first since a heart attack.

I thanked him for his help and asked his name.

“They call me The Vamp,  short for Vampire,” he replied.  I may have looked at him a bit funny, “It a long story, I used to be a truck driver,” he said with a laugh.

Vamp dropped us off at the regional airport and I wondered if the tiny terminal building was open, the chances I figured were quite slim as the place seemed deserted, but to my surprise the entire building was open.  I had the place to myself and was able to clean up in the bathroom and relax on the couch while Ryan dismantled his bags. 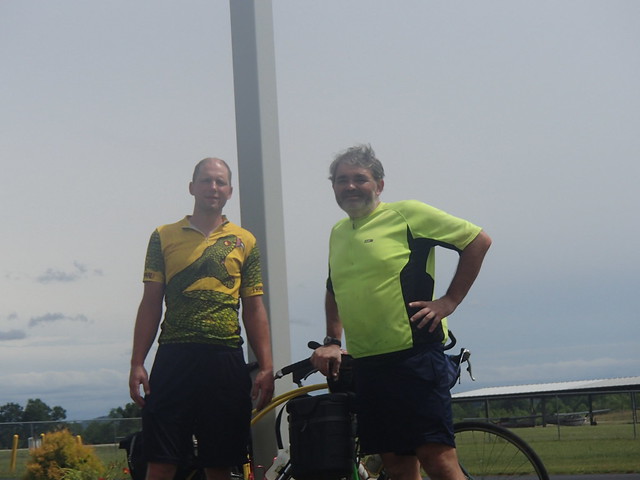 I can’t say that I wasn’t very happy to be finished.  I needed a day off of riding and I needed a good night’s sleep.  My condition at the end of this ride made me really examine whether I would be able to ride across the country, that is if I even wanted to.  I told Ryan several times that what I was doing was unsustainable, every day I felt a little worse.  Luke assures me that by 7 days or days of it you just get used to it.

I can say one thing for certain, being on the Trans America trail in mid summer is like being a part of something.  Whether it be guys like little Ryan on their own adventures, racers like Evan out to push the boundaries of human accomplishment, or folks like Jim just enjoyning 50 miles a day and seeing the country, riding the TransAm, even the small part of it we did, is something I will never forget.