When I did my mountain biking trip in the U.P. I actually wished I had a better bike.  Don’t get me wrong, my 2×7 drive train was adequate, my brakes stopped me, and I didn’t have any flats; still there were times I would have benefited from a faster shifting drivetrain with a wider range, a more responsive fork, and a lighter bike.  I had such an enjoyable time riding those trails that I actually thought about saving up for a better mountain bike. 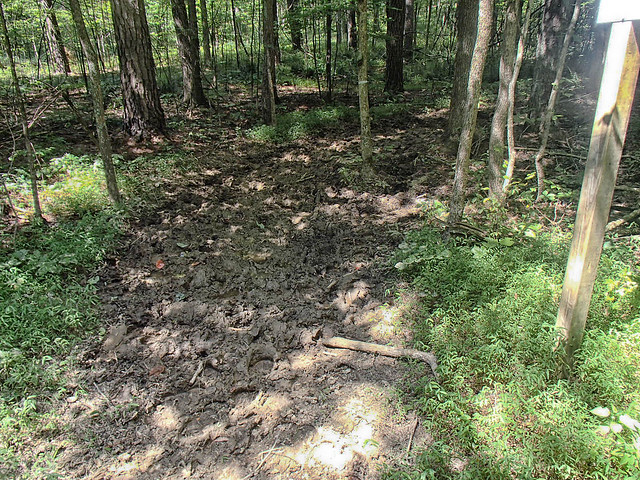 Last week I rode in the Shawnee for the first time since Spring with my pals Joe and Drew.  It sucked.  Normally this is when I start mountain biking again.  The woods dries up, less bugs, less poison ivy, less mud, more fun.    This is the wettest summer I think I’ve ever seen.  In the last 14 days the Southern Illinois area has received 5-8 inches more rain that normal.  The trails appeared to have gotten alot of horseback use and were in bad shape, they weren’t as soft and muddy as they can get in the spring, but a chunky chopped up mess. 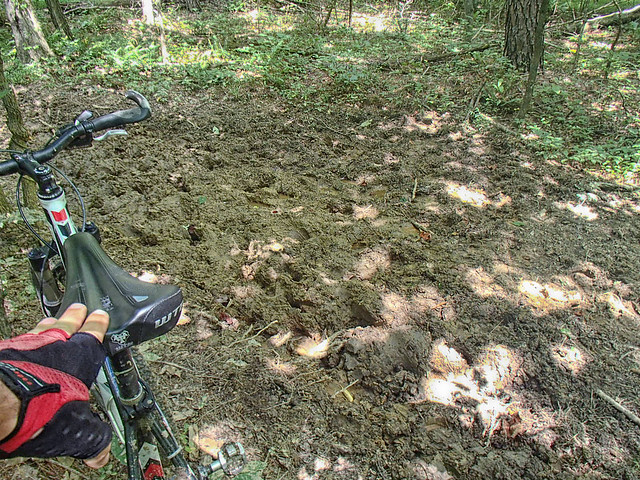 Looking on the bright side, while it was difficult to ride the trails, it wasn’t impossible.  If you could keep your speed up and avoid the deepest section of the chop you could power through many of the mud holes.  Clearing a section of chop was a great accomplishment.  We rode about 3 hours and probably covered 10 miles.  Many people wouldn’t even call this mountain biking, though I wouldn’t call alot of what some people do mountain biking either. 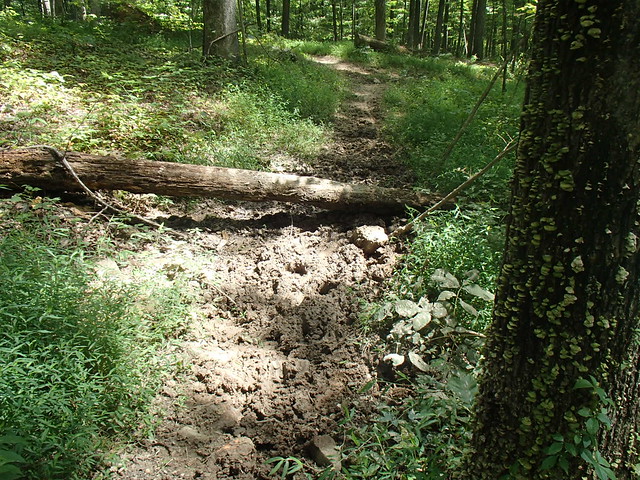 So that’s why I ride junk.  There is no use for someone who mainly rides in the Shawnee to spend much money on a bike.  One of my smartest moves thus far was switching from a nine speed drivetrain to a 7 speed.  The SCUD was chronically breaking derailleurs and hangers because while in the first couple of cogs the derailleur was so close to the spokes it was getting caught by them.  The hanger on this bike is particularly wimpy, so if I brushed a stick or a rock it would get pushed a bit into the wheel then SNAP! 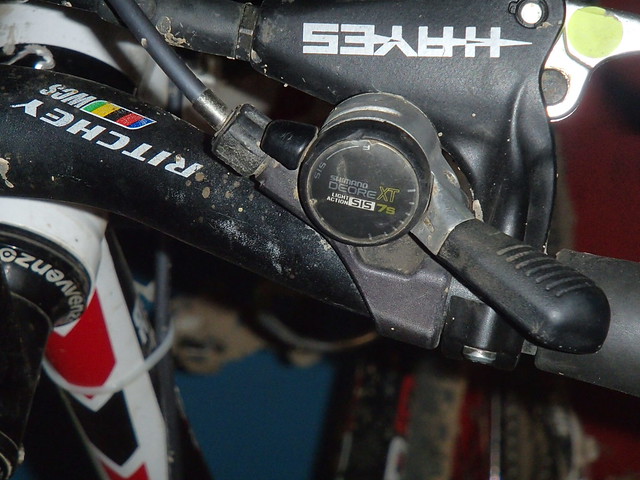 Using the 7 speed cassette eliminates that problem.  The seven speed cassette fits on a normal hub with a couple metal spacers taking the space where the two largest cogs would be.  My first experiment was with a 6 speed from an old road bike where the largest cog was a 28.  It worked great, no amount of force could push the derailleur into the spokes.  I wanted a bit more on the low end and found another benefit of the 7 speed cassette is price, a new chrome SRAM 32-13 cassette was 9 dollars shipped. 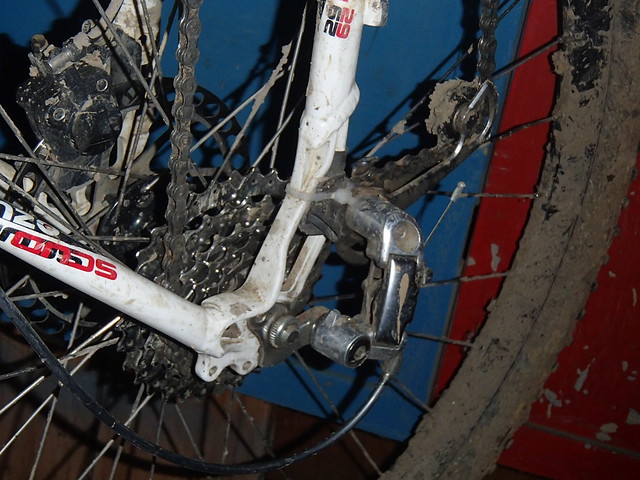 The 7 speed shifts with a Shimano thumb shifters.  The action is slower then  rapid fire, but I’ve found myself adjusting to it.  The rear derailleur is a Shimano “Light Action” and it shifts very well.  Seven speed has a larger space between cogs on the cassette and seems like its less prone to crappy shifting in bad conditions.  I’m using a 9 speed chain right now with the setup and it works fine, but I’ll buy a 7 speed when that wears out.

My enjoyment of 7 speed has me asking the question, why do mountain bikes need so many cogs?  Who needs tiny gear spacing on their cassette?  Who even needs a cassette?  I’m no where near as awesome as my buddy Joe who was riding a 10 year old Monocog that has equal amounts blue paint and rust.  His single speed bike has seen more trail miles then almost any and it’s still going strong.  Then there’s Moe who rides his single speed exclusively just about everywhere and seems to be faster on it then his geared bike.

The horrible condition of Shawnee trails, the mud, water, and sand make riding a nice bike here an exercise in futility.  Save yourself some headaches and cash, ride junk!