Matt and Shauna Go to Duluth

After my successful van camping trip last month Shauna wanted to try and since Southern Illinois humidity was bringing us both down we went North to Duluth.  Why Duluth?  I really don’t know, it was Shauna’s idea, she liked their weather and the fact that there was several things there to do.  I liked that they had several area mountain bike trails. 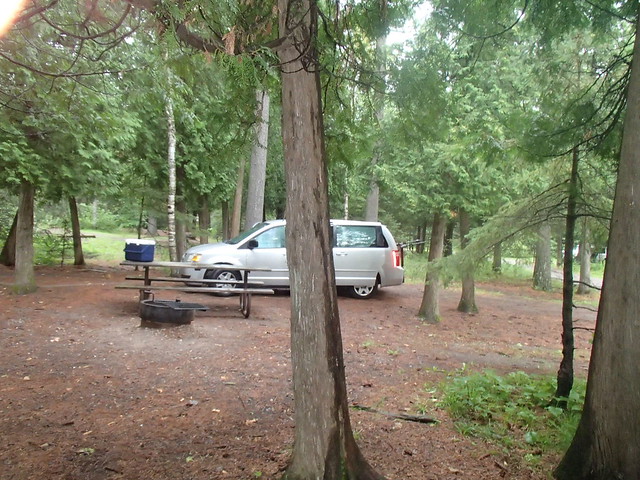 We packed up the van and headed out early Tuesday morning.  At some point I checked a Wisconsin Dells waterpark’s website and found they were doing a super internet sale of 5 dollar tickets.  Shauna said she was interested so I bought tickets for Mount Olympus.  She asked me if I packed my swim trunks and I said, “sure did”, then I glanced back and realized I’d forgot to put my bag in the van.  My bag with all my clothes, and all my bike stuff, including my bike shoes.  Oh man! 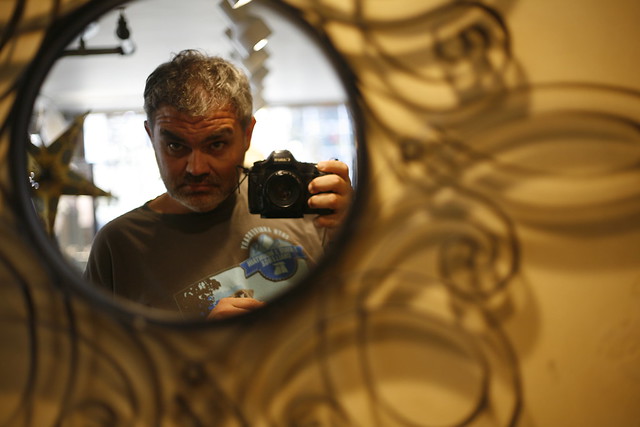 There may have been some foul language followed by acceptance of a quick stop at Wal-Mart for some swimming trunks.  After I found some 5 dollar trunks I started thinking, maybe this is a trap.  The tickets are suppose to be 45 dollars each and I just got them for 5, this must be a trap.  Well I was right, but only in so much that water parks and amusement parks are designed as people traps.

We found the place and after driving though a maze like series of parking lots and were greeted with a 20 dollar charge to park.  OK, that’s not too bad.  We walked through a lackluster amusement park and arrived at the water park where we found renting a locker was 10 bucks, OK still not that bad.  We go to some kind of wave pool thing, Posiden’s Revenge or something.  We walk in and it’s not doing anything, I walk out into the water and then here comes a massive wave, it bowls me over and yanks my glasses off my face.  Let the good times roll.

After some time floating around the lazy river I talked Shauna into a doubles water slide.  This turned into a 40 minute wait trapped in line for a 15 second slide.  I should note that Shauna did not want to do this, and I promised her it was completely safe and nothing bad would happen.  As we were flushed from the tube into the pool Shauna banged her front teeth into the back of my head and I lost my glasses again.  When I regained my senses I realized the glasses were broke and the back of my head was not injured.  Well it’s not the first time I’ve put her safety in jeopardy for my own enjoyment.  On the plus side my broken glasses weren’t really a problem since they were worn out and I only really need them to drive at night, which I would be doing alot of. 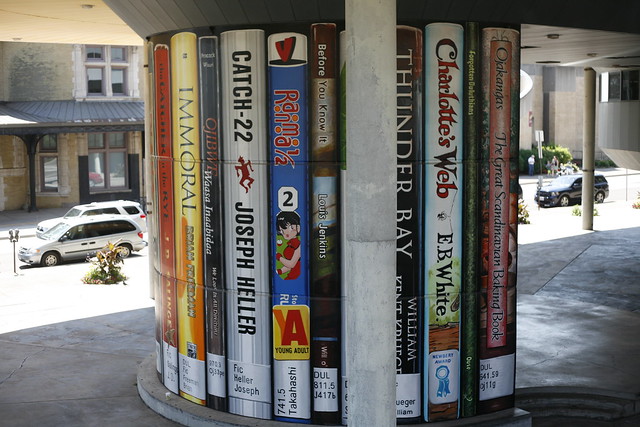 Why visit Deluth?  This is an example of how cool the town is, this is  under their public library. Ranma 1/2 up there with Catcher in the Rye!

After the waterpark I did a lap on some go karts in the amusement park.  Since I’m a “champion” bike racer and have spent hours on racing games I know how to corner, you know like apex and stuff.  So I was using my secret knowledge to make my go kart go a bit faster then everyone.  I was exiting a curve and a 8 year old kid and his Mom had their karts hogging the track.  There was a about half a go kart width between them so I just went for it and knocked them both out of the way.  Won my second race in as many weeks with that move. 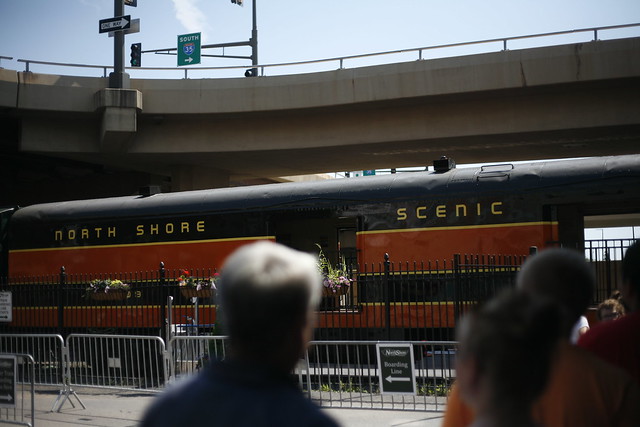 Well with the amusement over we were back on the road, we spent a pleasant night at the Eau Claire Wal-Mart and then hit Duluth about 9 AM Wednesday.  First thing was a train ride on the North Shore Scenic Railroad.  This was great, a two hour train ride where we were free to walk around the train and check out all the different types of passenger cars.  Made me wish I was on the Empire Builder heading west.  After the train we wandered around the Duluth Skywalk which was a series of passages that connected several downtown buildings second stories and even crossed the interstate. 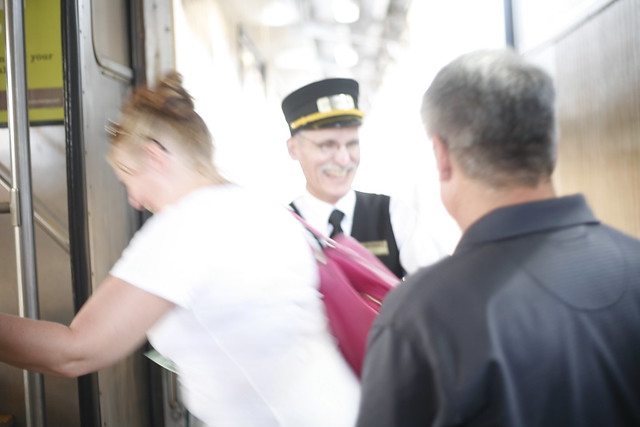 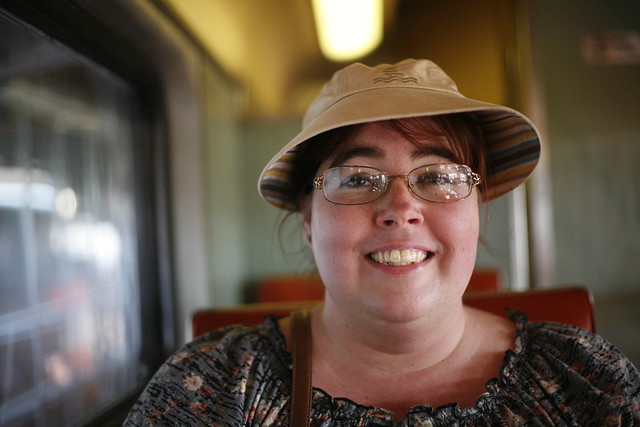 Next we took in the Freshwater Aquarium.  The aquarium was nice, but not one of my favorite parts of the trip.  They did have this really cool huge model of the great lakes where you could put a toy tugboat in the west end of Superior and through a neat system of toy locks and dams your tug boat would end up going over Niagara Falls.  This may have been designed for 5 year olds but I loved it.  We spent the night at the very nice Jay Cooke State Park, which I think could have easily been a trip in itself.  We only scratched the surface of this park, walking a couple miles of trails. 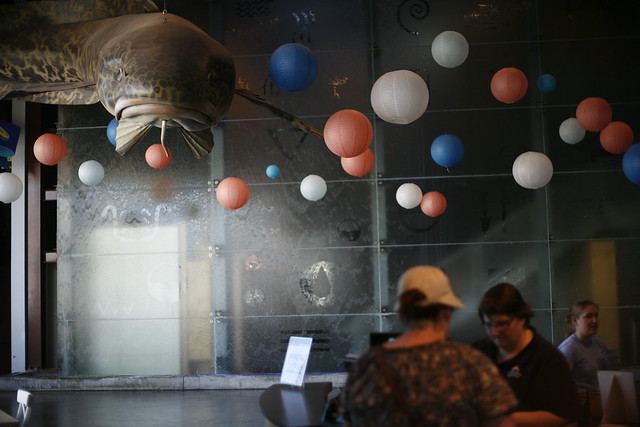 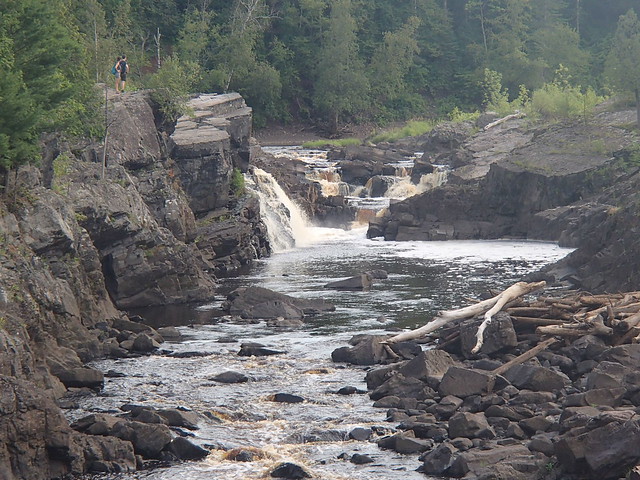 Our second day in Duluth featured a boat ride on the Vista Star.  It was a good time, the narrator was really very informative and funny, he kept the ride interesting with stories about the Duluth bay.  The boat ride offered epic views of the Aerial Lift Bridge and of course a really awesome trip under it.  After the ride we checked out Canal Park and ate at Little Angie’s where I had the best salad I’ve ever had in my life, like a salad to make all other salads pale in comparison.  Next up was the lakefont area with a really nice Army Corps of Engineers museum that was FREE! 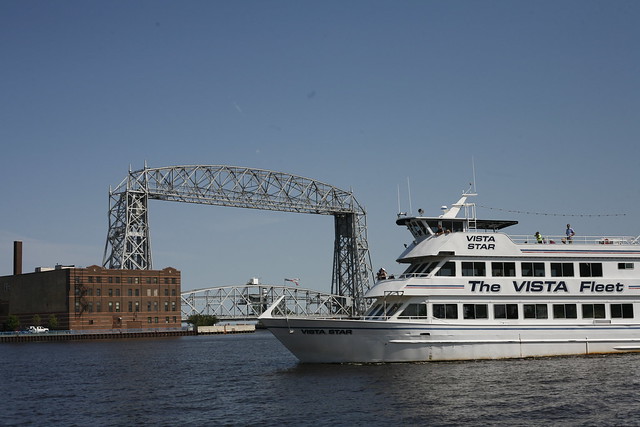 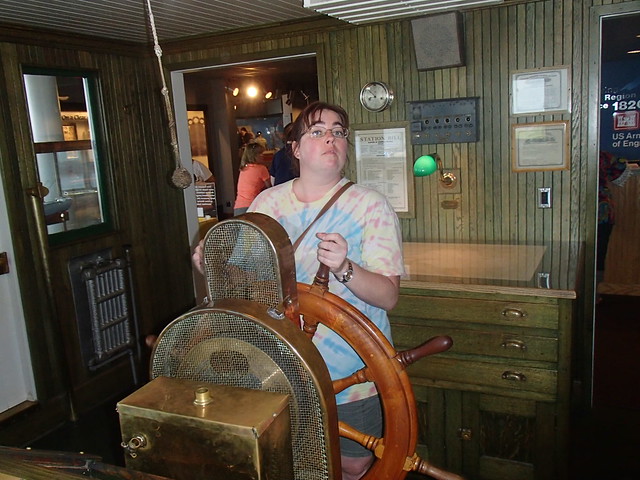 The lakefront area is home to Wheel Fun Bike Rentals and I talked Shauna into renting a bike and riding the Duluth Lakewalk trail.  It was nice, but very busy.  This was my only ride of the trip sadly, though without bike shoes SPD pedals are pretty uncomfortable.  The Canal Park and lakefront areas were teaming with active people, all manner of cyclists, walkers, joggers, and even inline skaters!  Yes rollerblading inline skater people, I wish I’d brought my skates, it would have been the ultimate. 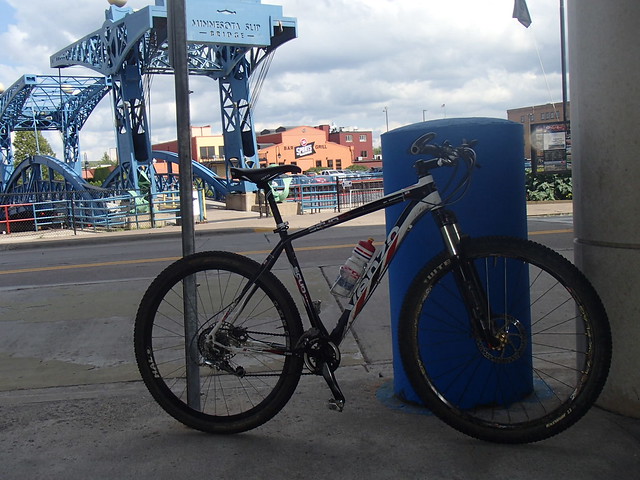 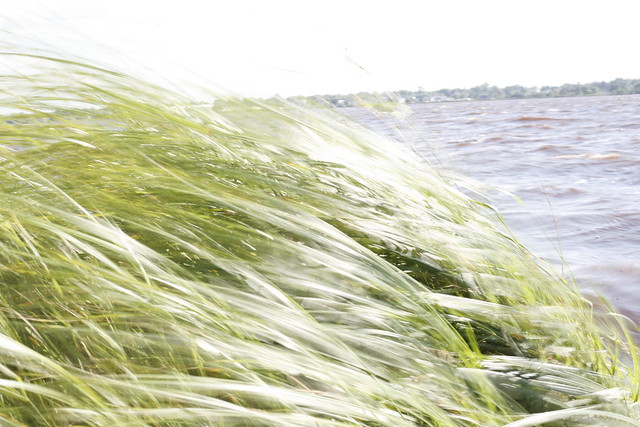 Next we checked out Park Point, which is a 6 mile baymouth bar, or essentially a big sandbar in the bay, big enough for it’s own small community.   The end of the bay is a big park and recreation area featuring a huge beach, and we had a great time there swimming and you know, just hanging out doing beach stuff.  Finally it was time to leave Duluth, having never ridden any of their great mountain bike trails.  Gives me a reason to go back.

After driving late into the night we overnighted in the fine Black Forest Wal-Mart in Wisconsin.  Friday morning we arrived early at The House on the Rock, our final bit of touristing on this trip.  House on the Rock is an oddball roadside attraction of epic proportions.  It’s like a museum, except that it has absolutely no historical context and most of it’s contents are fake.  It’s hard to describe The House on the Rock, it’s really just weird and huge.  It took us 4 hours to walk through it all. 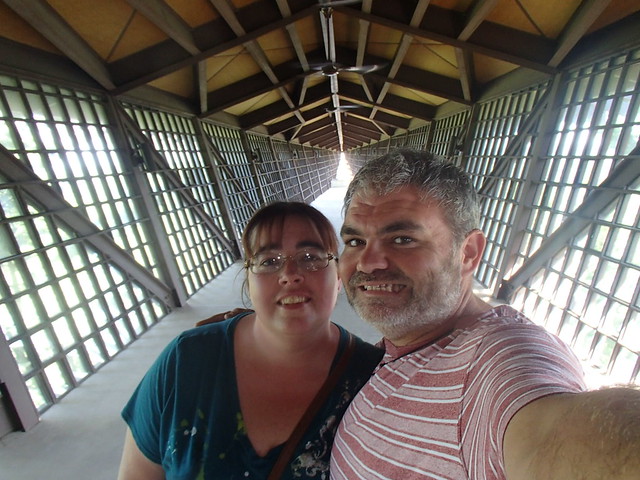 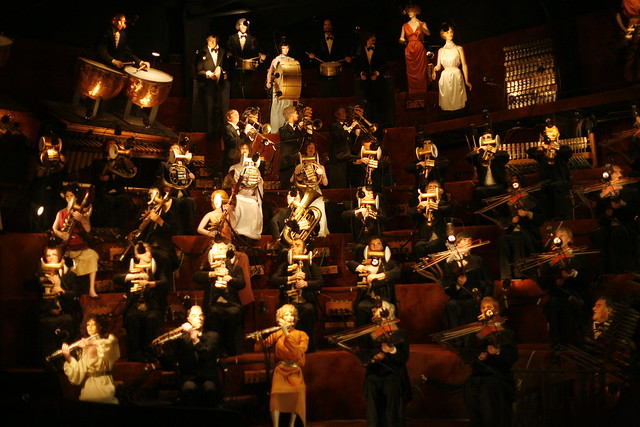 So our Duluth trip was great, and our camping van strategy worked perfect.  We saved around 200 dollars avoiding motels and had more time to see cool stuff and have fun.  Duluth is the place to go in the Summer, their hot days are like our coolest summer days, and the dreaded mosquitoes everyone talks about never really showed up.  Of course in the winter I think I’d prefer Southern Illinois, or maybe Florida. 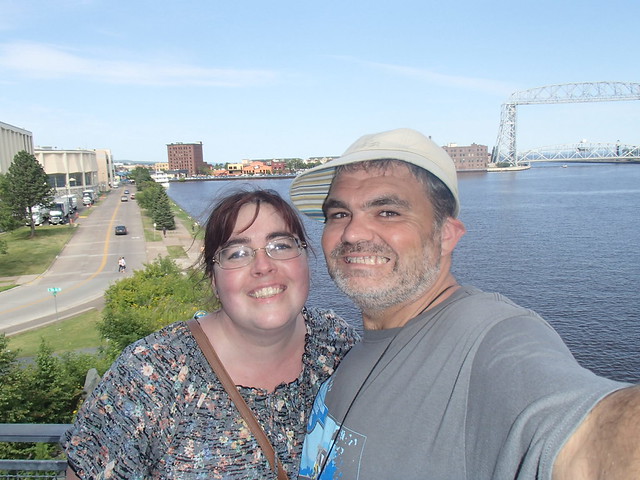 2 Responses to Matt and Shauna Go to Duluth