Friday I went with my wife to The Hub in Marion, a fitness recreation center.  It was really quite amazing.  We went in the morning and had the pool area nearly to ourselves.  Shauna is really getting her fitness on and likes to work out in water, so we started by doing laps against the current in the lazy river.  Then we went to the lap pool and I swam laps on my back very slowly.  I suck at swimming.  After that we got water dumb bells and did some exercises in the water which were good.

Afterwards we went up to the fitness area which has more machines then I could believe.  Tons of cardio machines, including rowing machines and stair mills, which I haven’t seen elsewhere.  I really enjoyed working out on the rowing machine.  There are also a plethora of muscle isolation machines.  Then there’s the weight room, where I went to do some squats and deadlifts.  I used to do these all the time, but I haven’t’ done a weighted squat in a few years.  Well to make matters worse there was a guy working out  that I knew so I did a little more weight then I probably should have and was punished with some rather intense muscle soreness. 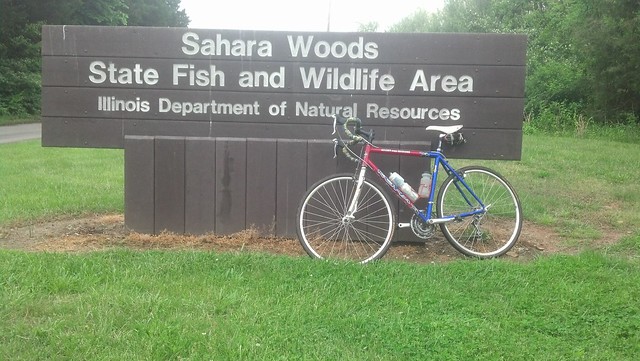 Taking a picture of your bike in front of landmarks is an important skill for touring riders, and all riders in general.

Saturday it was a struggle to bend over and any motion that resembled that of a squat was nearly impossible.  Despite my pain I did a quick ride after work, more touring training.  I went very slow, not by choice, and stayed in a mostly upright position, also not by choice.  It was one of the slowest road bike rides I’ve done, but excellent touring training.  I figure touring is going to consist of slow, boring, grinding with a worn out and battered body.  I even stopped to take a picture of my bike in front of a sign, because I know that is an important part of training. 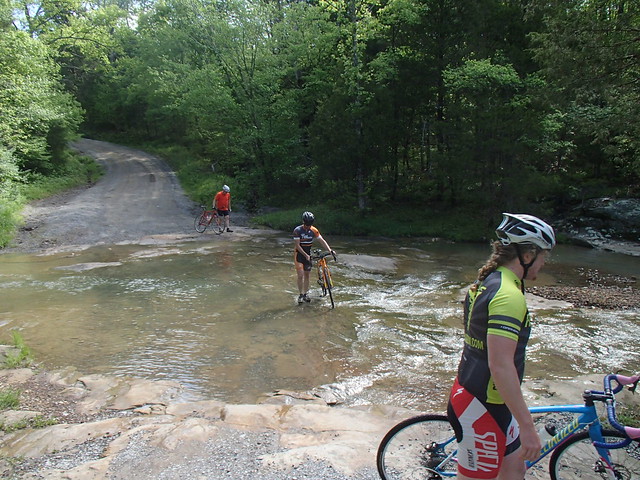 Sunday I was invited to a couple different rides, a 70 mile road ride at Land Between the Lakes, or a 36 mile gravel ride in nearby Goreville.  I wanted to do the road ride, but the gravel ride had to many advantages, one being that Moe was sure to have constructed a really amazing route.  I was still sore but not as bad as yesterday and I figured if I couldn’t handle it I’d just spin around a bit and head back.  Besides Moe we had Pat, Cody, and Tom who gave me a ride from his house in Marion. 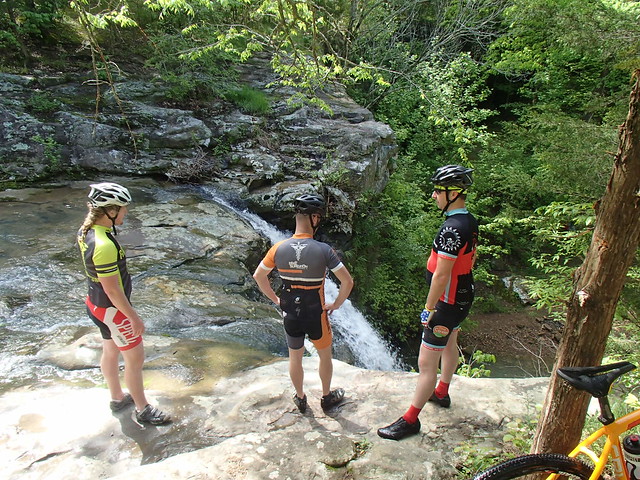 The ride seemed a lot farther than 36 miles, it was tough, one hill after another, and a couple monster climbs.  There was definitely some good tempo riding going on but the group always waited up when someone went out the backdoor.  It was all fun, there were to many amazing gravel roads to count.  I remember a few that were like roller coasters with wooden bridges at the bottom of every dip.  My legs loosened up as the ride progressed and I was feeling pretty good near the end.  About a half mile before the finish I felt done, every effort stung my legs, it wasn’t the distance but the almost constant attacking hills.  A really awesome ride and I’m glad I made it especially Buffalo Gap, that’s one road I won’t forget. 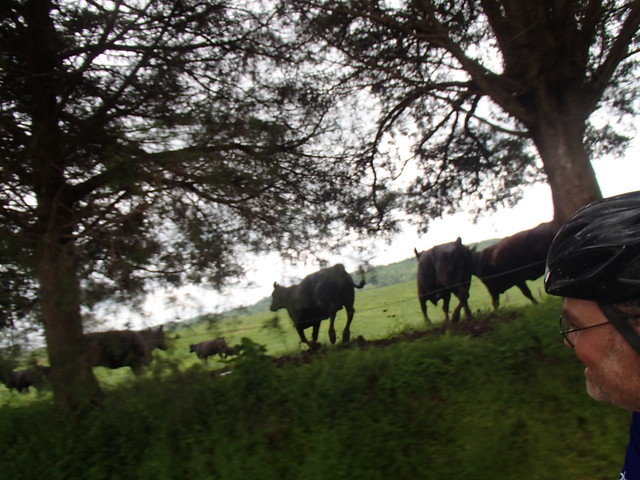 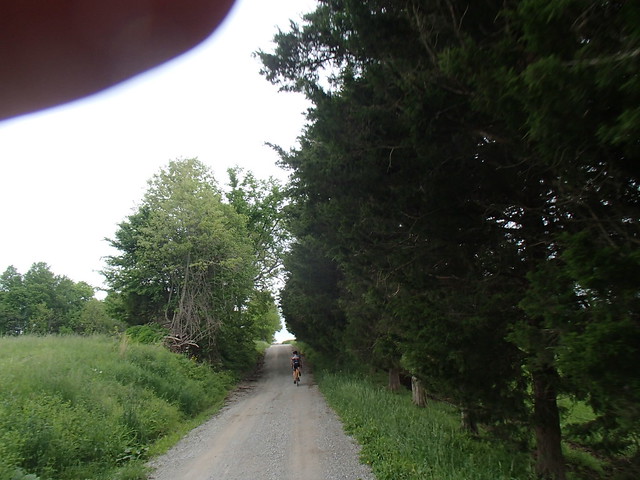