Dirty Souths are epic by design.  60 miles of riding with big hills and nasty gravel is going to challenge just about anyone, but I wanted more.  I wanted it to be an epic epic.  This years East Side Dirty South ride had monster gravel climbs, the biggest climb in Southern Illinois, the dirt roads, trails, creek crossings, really what more could you ask for?  Was this epic epic too epic?  I don’t know. 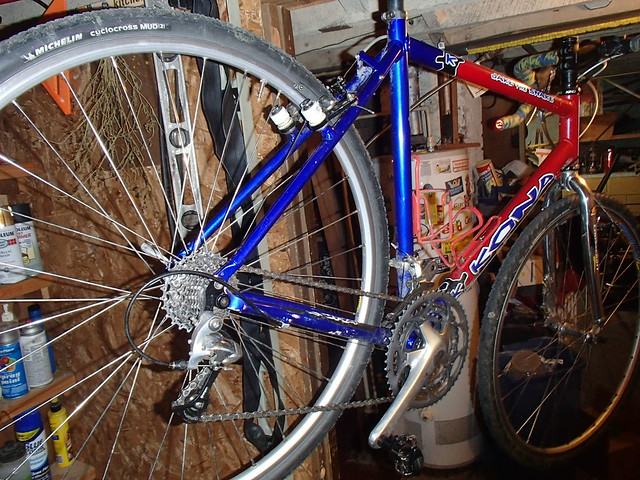 I cleaned my bike for this ride?

Typically we’ll have 15-20 people on the East Side ride, this year we had 7, but only 6 riders on the road at the same time.  Don’t get me wrong, it was an awesome 6 riders but still the weather was so good, the course was so awesome, I only wish we’d had more people to share the hurt with.  I know some folks had good excuses and at least one just slept in LOL 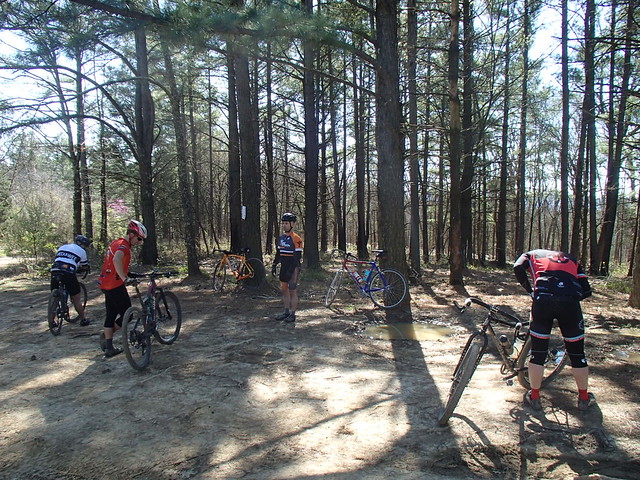 And there was hurt.  One dude crashed on Eagle Mountain, at the one part where I have been worried some one would crash.  It was a wicked and scary crash as he was right next to me and I saw him flying through the air beside me.  Luckily he wasn’t hurt, to bad, and carried on after the ace mechanics on the ride fixed up his bike.  Later the trail section was putting a hurt on those of us with ‘cross bikes.  Tom Dick Hill put a hurting on me, it was the first place in the ride where I started to feel cramps.  I had to really back off and try to spin up as easy as possible and since much of the hill is over 10% that wasn’t easy. 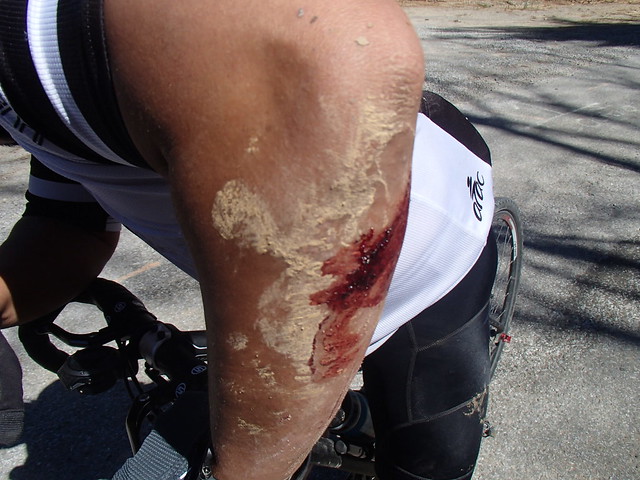 The wheels came off for me, well not actually the wheels, the crank, shortly after the Palestine segment.  My crank arm got loose.  I tightened it up, but a mile down the road it just fell off.  I couldn’t keep it on and had to ride the last 5 miles with one leg.  At first I tried to be a smooth one legged pedaler, but I figured out that a bigger gear slower cadence style worked best with a big power stroke.  I got some really weird looks, but it was better then walking or waiting for a ride.  In fact this is really cool, I averaged 11.6 for the overall ride, and 10.6 for the one legged part. 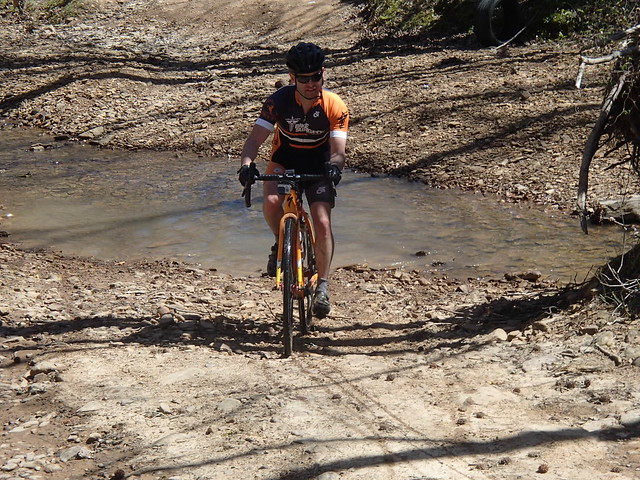 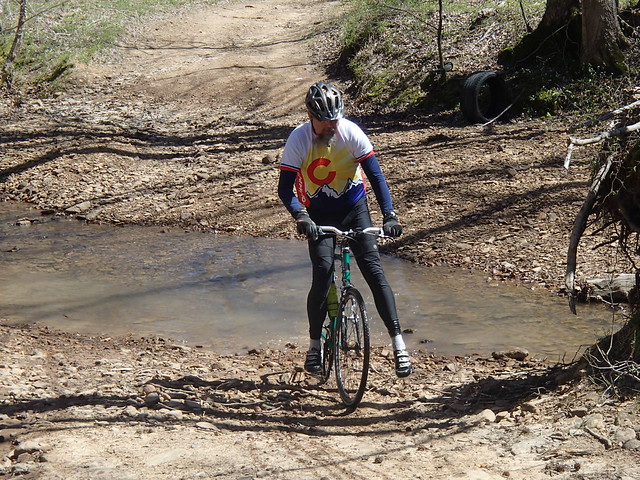 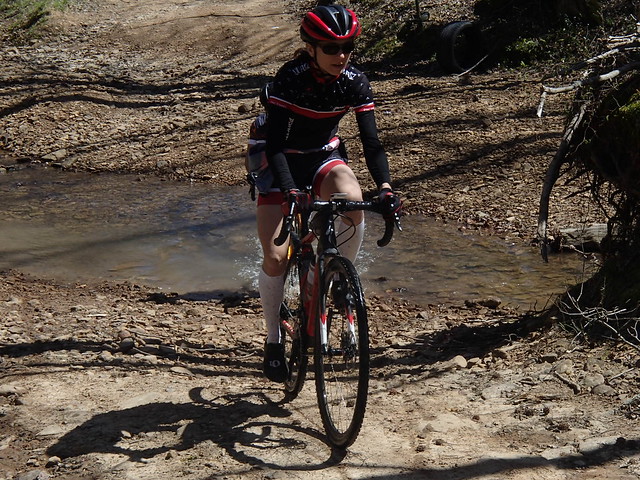 I expected my overused right leg to be very sore the next day, but it was fine.  My wrist and hands were super sore.  I woke up in the middle of the night with my wrist throbbing.  Luckily stretching it out and work seemed to make it better. 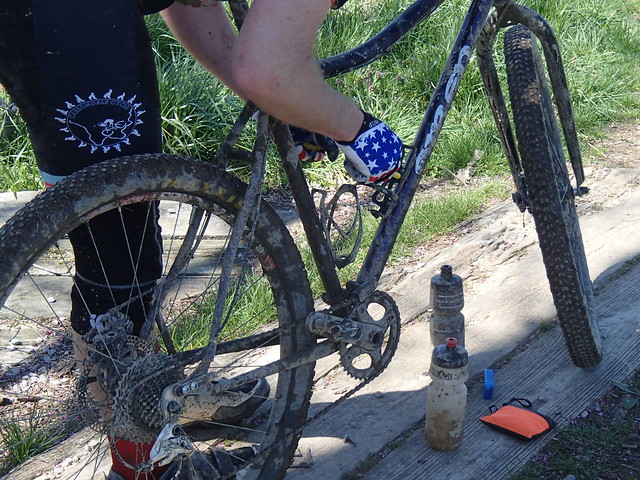 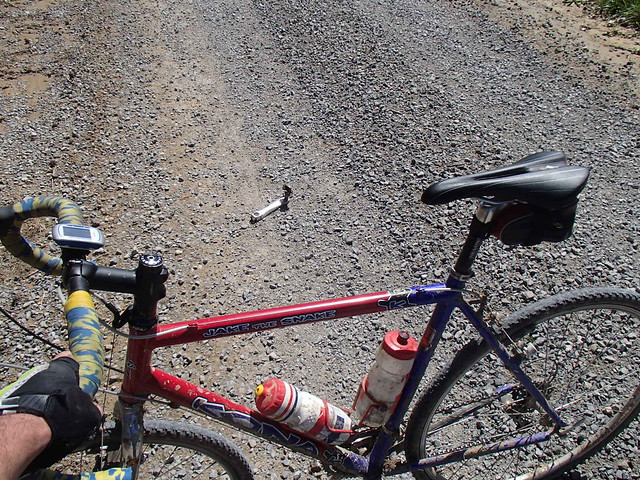 That’s not suppose to happen

Thanks to those that made it out, and if you couldn’t make it that’s alright, tray again next year. 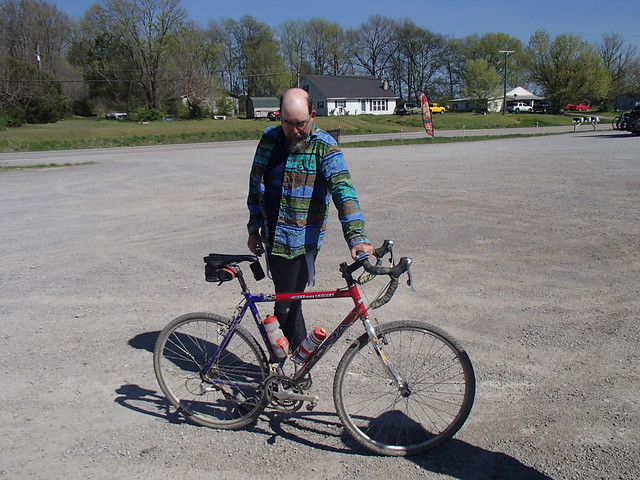