We have a competition for the coolest pants.

It’s Fall, the weather is awesome, the ground is dry, it’s definitely mountain bike season.  My last few rides have left me walking more then riding with broken bikes so I decided to take out my most trust worthy machine, the 1992 Beast of the East.  I recently got a new front chainring for it and it’s working great.  Sure it’s got 26 inch wheels and cantilever brakes, but its a tank.   When Barry picked me up and looked at my bike he said, “Can you actually keep up on that thing?”

I not only kept up but I rode almost everything and had one of the most enjoyable rides I’ve had ever. 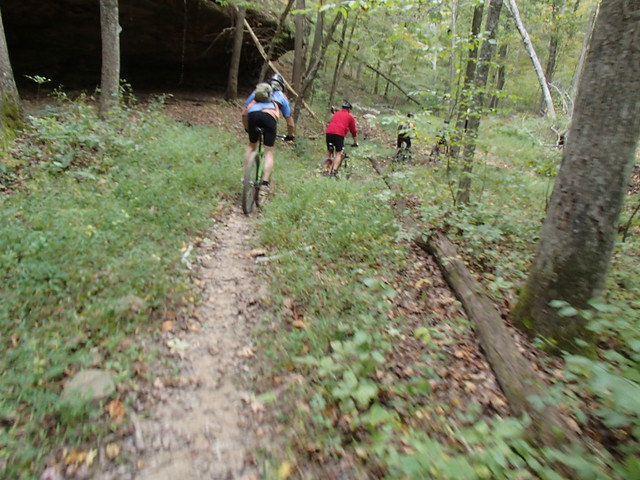 We headed to the Ruby today, one of the most challenging trails around, very rocky, very technical, fast sections, climbs, switchbacks.  It’s really got it all.  Joe, Eli, Barry, Tom, Mark and I tackled the trail and all six of us were hitting on six cylinders. 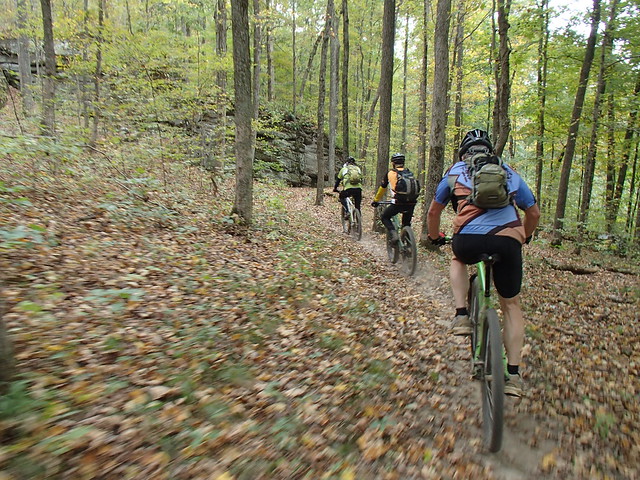 Maybe you’ve heard of the concept of flow?  It’s a psychological concept that means the mental state of operation in which a person performing an activity is fully immersed in a feeling of energized focus, full involvement, and enjoyment in the process of the activity, often times called “being in the zone.”  We crossed over into some bonus trails and I think we were all in the zone.  For several miles we kept the speed up and everyone stayed within a few feet of everyone else, we were in sync crossing deadfall logs, finding the best lines through rock gardens, and just riding really well.  Every problem, every issue, really everything disappeared, it was just me, the bike, the trail, and the rider in front of me,  We gobbled up trail like pac-man and it was awesome. 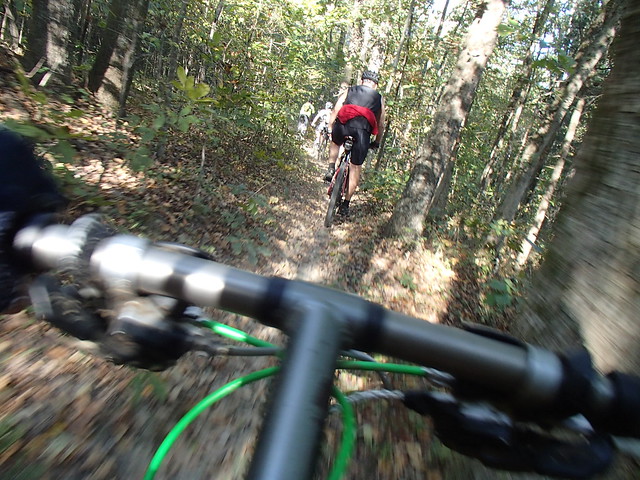 Barry’s young eyes spotted a Bald Eagle perched over Millstone Lake.  It was majestic and just icing on the cake. 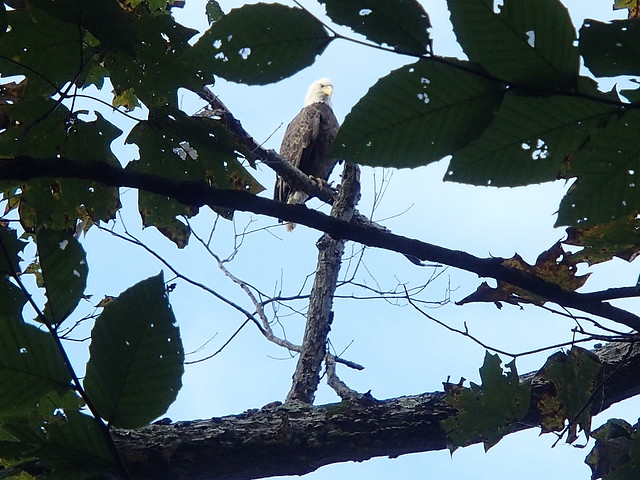 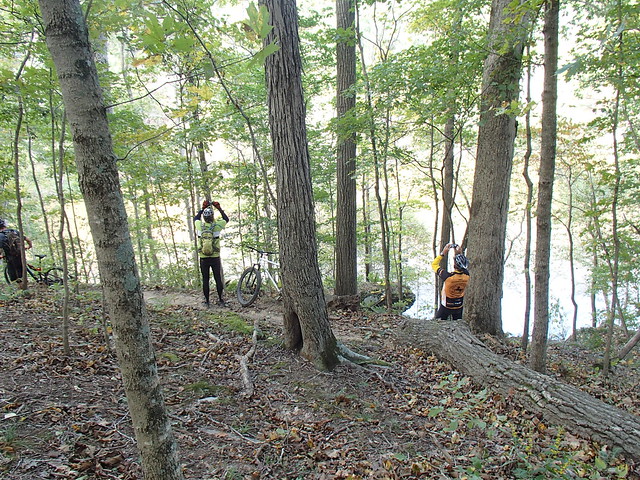 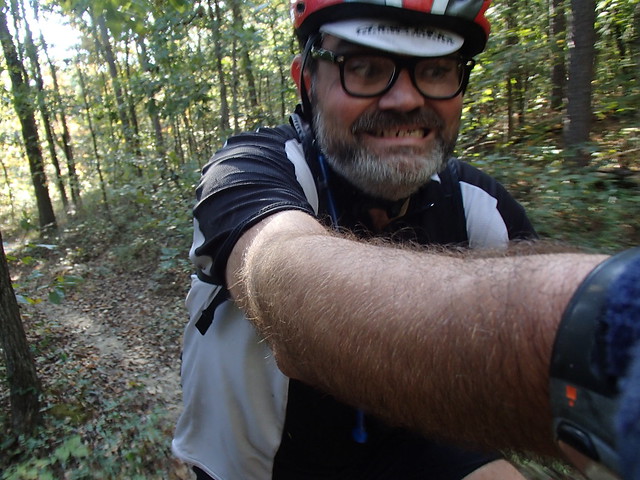 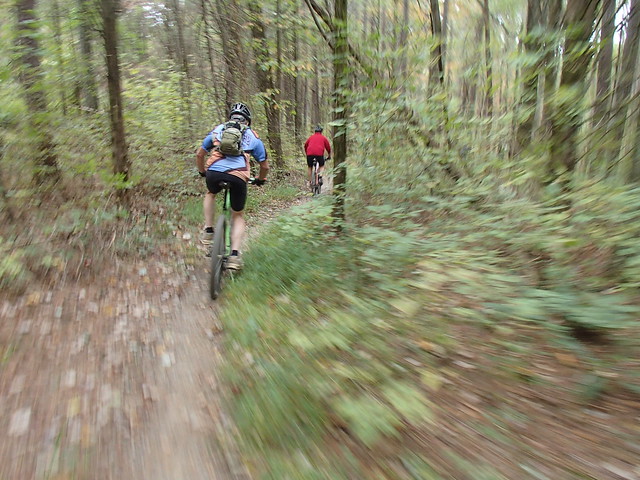