Well the world didn’t end, so I guess I need to wrap up the blog for the year.  I’ve always strived to keep the blog positive, and I have a lot of positive things to say about 2012, but it wasn’t always magic and rainbows.  In fact its been a pretty crappy year for alot of people.

I began the year dealing with wound in my wrist that wouldn’t heal for nearly 2 years.  I spent lots of money and time on tests, treatment, drugs, and nothing seemed to help.  Eventually it just kind of got better, or at least most of the way better.  Its still not right.  We had a tornado in February.  It didn’t really effect me personally but it was a traumatic experience for our town and deadly to several people. The economic downturn caught up with me  and I lost my job in May, first time I’ve ever lost a job.  I’ve searched for other jobs and spent time substitute teaching, but I’ve began coming to grips with the notion that I may never be able to get a job teaching art again.  I’ve recently signed up for Medical Lab Technician Course through the Workforce Investment Agency.

Of course all my problems pale in comparison to the some of the more recent tragedies, like the wave of mass shootings across the country.  Lets hope 2013 is a year to turn things around.

You may have noticed that there hasn’t been much Shaundo in my blog recently.  My poor wife was posed to have the best year riding ever as she had been continuing to become a stronger cyclist and fitter person, but a string of painful, annoying, but ultimately minor health problems have kept her from riding and exercising pretty much all of 2012.  She paid a lump sum of 200 dollars to use the Gym for the year and on the third trip hurt her knee and leg, and when that got better something else would mess up.  I hope she is on the mend for next year.

Now that all the bad stuff is out of the way, lets check out some of my stats for the year.  46,000 views, 109 posts, over 3000 hits last February after I photographed the tornado damage.  Now lets check out my Strava data.

That is far more than I’ve done any year in the past.  5,700 miles on the bike, many of those on a mountain biking averaging 5 mph.  I learned to inline skate this year and did about 300 miles on 8 wheels.  The rest of the miles were running, or mores specifically the slow shuffle that I do that correlates to most people’s running.

I’ve made it through the holiday season with my weight at 228 and I’m really happy about it.  Look forward to doing more climbing next summer.  I think at the current rate of rate loss in about ten years I’ll be a force to reckoned with in the high mountain passes.

Been riding the trainer with Sufferfest videos, The Wretched and There is No Try.  Both are excellent but really, really tough workouts if you actually go as hard as the video tells you too.

We’ve been hammered by more winter weather, and it snowed a bit today.   Today Shaundo and I put out bird seed and photographed the birds that came for it.  One of Shaundo’s co-workers called her a bird-nerd and we thought that was pretty funny.  Got to bust out my ancient Canon 1D that has amazing autofocus and takes 8.5 frames per second, now if I only had a better lens then the garbage 80-200 f/5.6  I’ll leave you with our bird-nerd photos.

Thanks for reading, lets do it again next year. 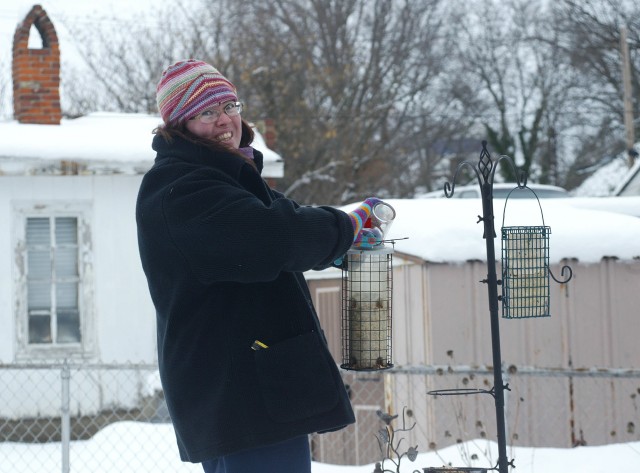 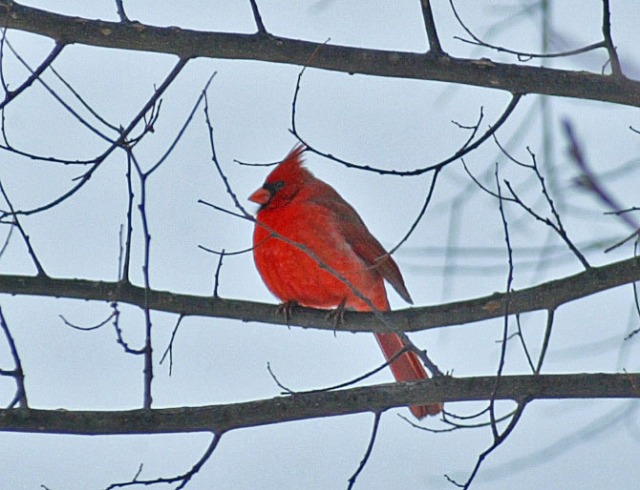